Bitcoin mixers are designed to increase privacy when conducting transactions with Bitcoin. With their help, it is possible to "hide" the transfer of cryptocurrency and thereby protect personal data. Below we will look at the features of such tools, types, purpose, and how they work. Here is a brief overview of five platforms designed to anonymize operations with BTC.

What is a Bitcoin Mixer?

In simple words, a Bitcoin mixer is a site that provides" mixing " of transactions and reduces the likelihood of tracking the owner. Its use is aimed at increasing anonymity when conducting operations with the BTC cryptocurrency.

Why do they use mixers?

When transferring the Bitcoin cryptocurrency, the coin owner does not enter personal data, purpose, or other parameters, which ensures visible anonymity. But the weak point of the system is the blockchain, which is an open database that stores information about transactions made with Bitcoin. .

Bitcoin mixers are designed to address this shortcoming. Anonymization occurs by splitting the transaction into small components and then mixing coins with parts of other users ' transactions. As a result, Bitcoin enters the wallet in small batches and from different sources, which makes it possible to confuse traces and minimize the risk of identification.

Bitcoin mixer sites are divided into two groups. According to the principle of operation, they can be:

1. Centralized services. The client transfers cryptocurrency, pays a commission, and the specified wallet receives coins from another person, but in the same amount. The confidentiality of the transaction depends on the number of users and the number of Bitcoins used during mixing. Sites that operate on a centralized basis are not in high demand. Customer confidentiality directly depends on the professionalism of the site owners.

2. Peer-to-peer services. Transactions with Bitcoin take place directly without involving a third party. This approach reduces the probability of theft of virtual money and identification of the owner. When conducting a transaction, special protocols are used that allow several owners of Bitcoin wallets to unite and perform one operation with BTC in several approaches. Confidentiality is ensured by the fact that the participants in the transaction do not have any information about the other party. The work is done by a Bitcoin mixer.

Peer-to-peer mixers are in higher demand, thanks to efficient mixing and increased anonymity of participants.

How to use the mixer: how it works

The method of anonymization depends on the type of mixers for the Bitcoin cryptocurrency. Let's consider each of the options.

Centralized services work according to this algorithm:

When using such a Bitcoin mixer, you need to be sure of its security and integrity of the owners. Using centralized mixing services has a number of risks: money can be stolen by the creators of the platform, there is a possibility of hacking by hackers, and no one guarantees the lack of control of operations.

The special feature of the transaction is complete confidentiality. Money is credited randomly, from different sources, and in a random amount.

Review of the best Bitcoin mixers

There are several dozen mixers for the Bitcoin cryptocurrency on the Internet that ensure the confidentiality of the operation. Let's look at a few of them. 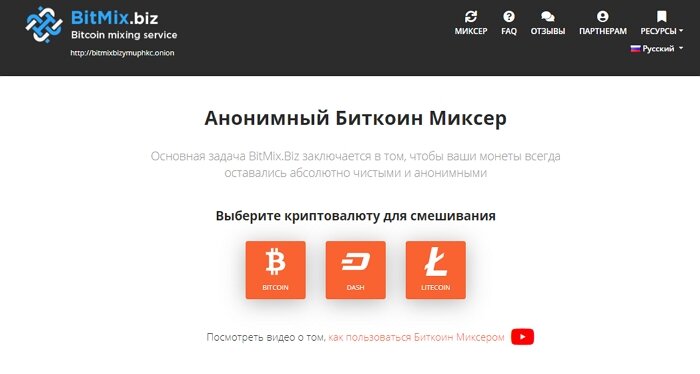 Anonymous service that provides instant transfer of BTC, complete anonymity and fast transfer. When conducting a transaction, a code is used that guarantees confidentiality even if it is used regularly. The site works with three cryptocurrencies-Litecoin, Dash and Bitcoin. Data about the operation is deleted automatically after three days, but you can do it yourself. 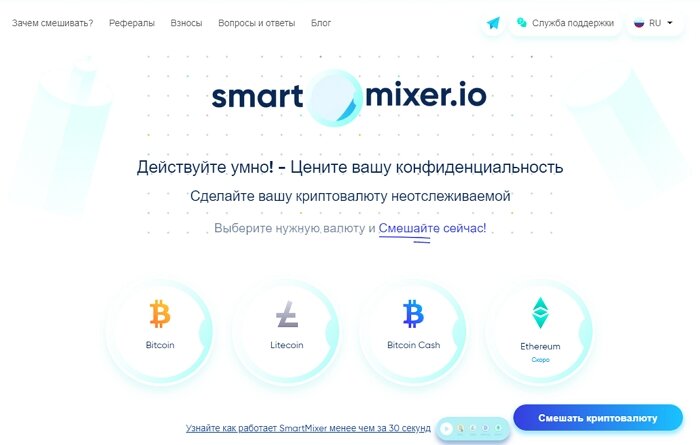 The site is designed to anonymize transactions with Bitcoin, Bitcoin Cash, Litecoin and Ethereum coins. The principle of operation is simple. The service has a pool of coins received from different users. When a client requests a mixing service, Bitcoin mixer mixes the received coins with existing ones and sends them to the specified address. Information about the transaction is deleted within 24 hours. 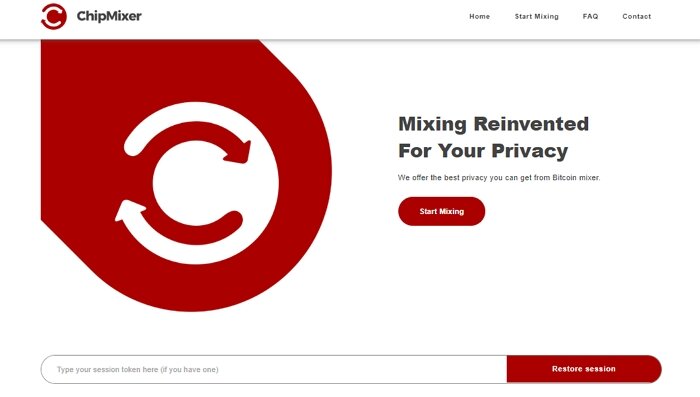 An English-language service that uses a powerful anonymization system. Its essence is to create new Bitcoin addresses and make random and small deposits in the form of chips on them. After mixing, the required amount is credited to the account in the form of the same coins. Information about the transaction is stored for a week. 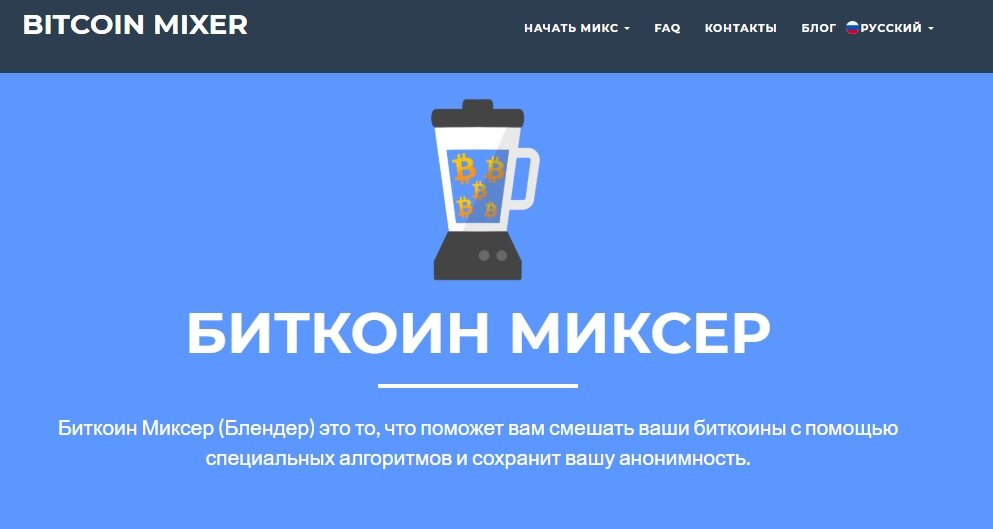 Automated platform for anonymizing transactions with Bitcoin, Ethereum and Litecoin. The mixing delay is set manually from 30 to 1200 minutes. After the transaction is completed, data about it is deleted. 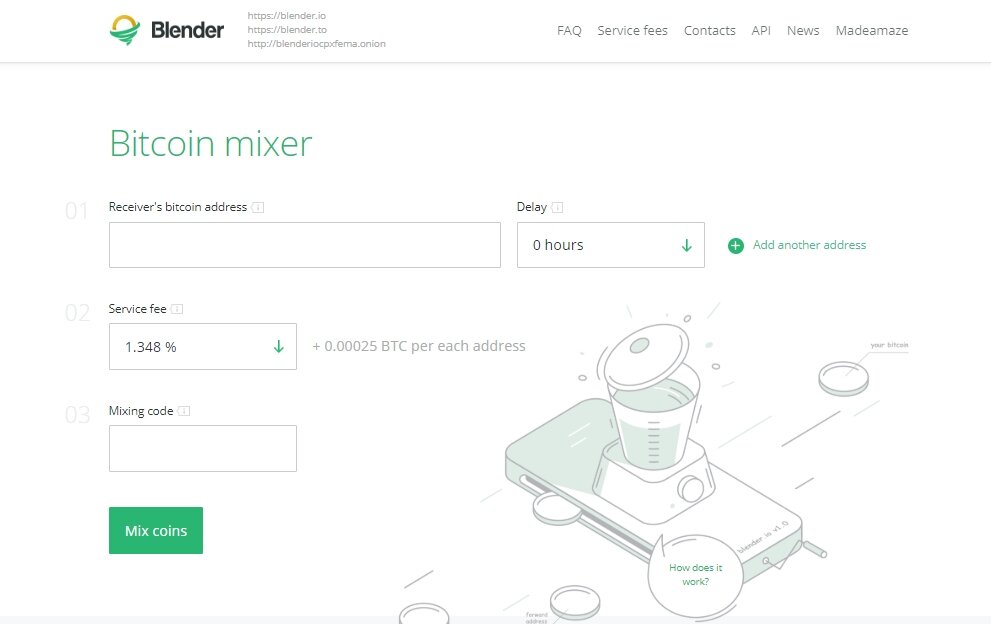 The online mixer Blender guarantees fast mixing of transactions, regardless of the amount. After logging in to the site, the client enters the recipient's address, sets a delay of up to seven days, sets a service fee, and enters a personal code. The user sends Bitcoins, which are sent to the end of the chain, and funds from the beginning of the chain are transferred to the recipient's account. This approach eliminates delays in operations.

Bitcoin mixers eliminate the main drawback of Bitcoin, associated with a small anonymity. But there are other risks in the form of possible fraud on the part of the service and theft of sent coins. That is why it is important to pay attention to reviews and reputation when choosing a site, and mixing operations are carried out at your own risk.

Mixer for Bitcoin at blender.la